A mostly happy life...featuring a ferret! 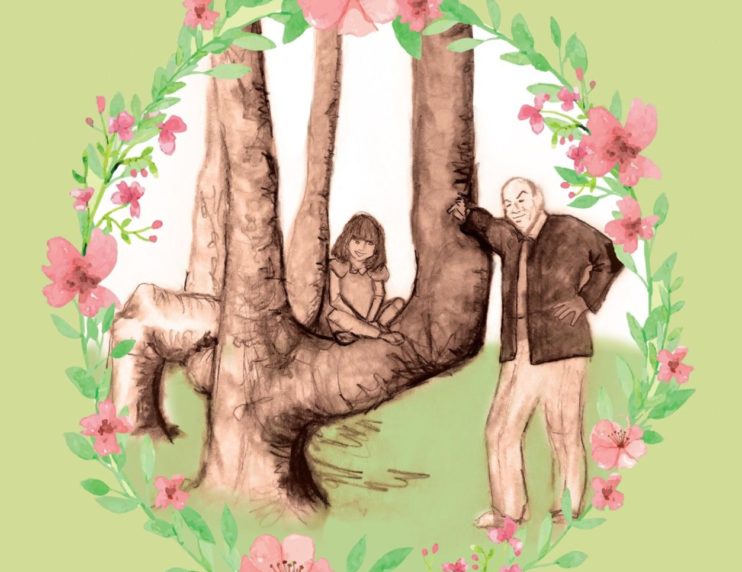 Given how popular ferrets are as pets, there aren’t that many books about or featuring them on the market. You would think that their bigger than life personalities would captivate the imagination of an author and inspire them to write a character based on them. Well, this is what happened with Shelly Reuben’s new book titled ‘My Mostly Happy Life: Autobiography of a climbing tree.’

The book features many important and relevant to today’s world topics. These include caring for nature, the interdependence of all species, and the strength of the human spirit.

In a world where there is a noticeable shift in consciousness and people are reconnecting with nature, these are big topics to include in a book. I was curious to find out more about it and also, where the inspiration to feature a ferret came from. Let’s get into the beautiful mind of the author of the book, Shelly Reuben, and find out.

Shelly, thank you for spending the time to help us understand the inspiration for the book and its characters. How did this book start? What made you believe that this book needed to be written?

The book began with an idea about a climbing tree who loved human beings (particularly children), was deprived of contact with them, and then started to die of loneliness. Once that idea popped into my head, I seized the opportunity to give the tree a personality, make it a narrator, and then let it run with its survival Story. 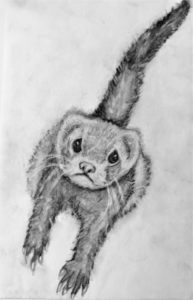 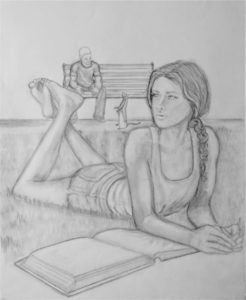 What is the moral of the book? What message are you most excited to pass onto the reader?

I’m not sure that conveying a message was my primary motive. After I established my storyline, my purpose was to create a park so enchanting that readers would wish they had lived among the people who fought so valiantly to protect their park’s personality, its independence, and its climbing trees.

Why did you decide to tackle such big topics?  Such as reconnection to nature, interconnectedness to all animals, and the strength of the human spirit (amongst many others)? Why do you believe these are important in today’s world?

I’ll start with the “strength of the human spirit.” I grew up reading books like The Count of Monte Cristo, A Tale of Two Cities, and The Scarlet Pimpernel. In which conflicts involving loyalty, heroism, and nobility were commonplace. Now such concepts are often laughed at. I wanted to create a world – The Samuel Swerling Park – in which being honorable, kind, brave, funny, and trustworthy were not the exception, but the norm.

I also wanted to expose the menace of environmental extremists who believe that human beings are not even a part of nature. Although in this story, the bad guys want to separate people from plants, they are philosophically identical to those who do not believe in pet ownership and would separate us from our dogs, cats, cockatiels, and ferrets.

Incidentally, the park In My Mostly Happy Life is privately owned, but any well- maintained Municipal Park is a pure and perfect example of how man and nature can not only co-exist, but can also have a beautiful happily ever after!

What inspired you to include a ferret in the story, and what role does it’s character play?

Aah. The ferret! Ever since I got my first many years ago, I have wanted to fictionalize one of those adorable little critters. I have written several articles about ferrets for my newspaper columns, but until My Mostly Happy Life, none have demanded to be in a book. On some level, I knew not to push it, and to wait for the right story to come along. I didn’t expect it to take so long, but once Winston the Ferret’s tiny paws started to trip across my pages, I knew the time had come. Other than being adorable and irresistible, Winston is the catalyst to two romances in the novel. And readers get to know more about the values and personalities of the various characters by watching how they react to the strange, four-footed creature who had entered their lives. 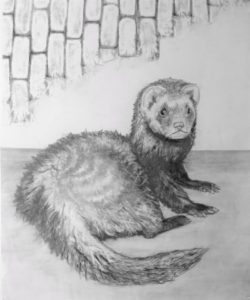 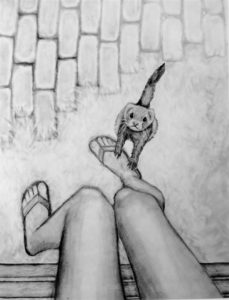 How long have you kept ferrets as pets for? What do you most love about them?

My first ferret came along after I got married. Everyone in my new family (including my late husband) was allergic to dogs, cats, birds, even hamsters! A friend suggested that ferrets were “hypoallergenic,” so we thought we would give one a try. That was then. Now, I can’t live without them! The best way I can describe what I love about ferrets is that kittens become cats. Puppies become dogs. But ferrets stay as adorably goofy their entire lives as they were when they were babies. They are smart, affectionate, and hysterically funny. My little guy – Chester – follows me around from room to room, and if I clap my hands or call out his name, he comes running up the stairs to join me. And Chester is just about the best kisser I’ve ever met. No small virtue! 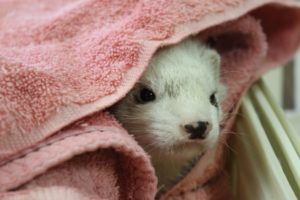 Tell us about your ferret Homer, who was the inspiration for the character Winston the ferret in the book. What did he mean to you? How did he become a part of your family, and how did he affect your life?

I think Homer was made of magic. He wasn’t particularly athletic and never hid on the top shelves of closets or behind the lingerie in my bureau drawers, as Chester does. He was calm and purposeful. Every day, he did his job, which was to remove all of the stuffed animals from the top of my bed and hide them under the bed. After he had done that, he would dig into my purse for my keys, hide them under the sofa, climb back onto my bed and hug his favorite stuffed animal (his girlfriend) for about an hour until he took his nap. Homer usually slept with me at
night, under the covers, somewhere in the vicinity of my feet. Remarkably, he never tried to bite my toes!

Unfortunately Homer is no longer around, but do you think he would be proud of the fact that he was the inspiration for the character in the book?

Homer got to go with me when I was promoting my book, so I don’t have to speculate. I know he loved being a celebrity, and I can only hope he was proud of me. I was certainly proud of him. 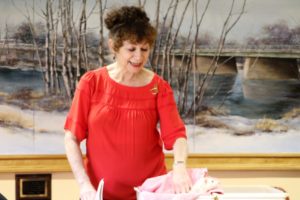 How did people react to Homer when you took him on your book tour? What was their response to seeing a ferret? Why did you decide to take him with you?

I took Homer along because he was a star! Everybody loved him, and he was so tame, I allowed all who asked to kiss and pet him. I even bought a stamp kit with little ferret paw prints on it, and every time I signed a copy of My Mostly Happy Life, I stamped the page with “Homer’s” paws and said that he, too, had autographed the book. It was all great fun. 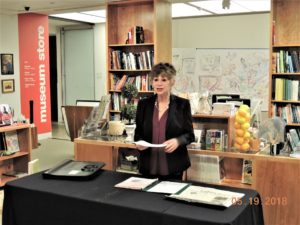 What is the most heartwarming memory that you have of Homer and why?

Definitely, the book tour. Homer was slowing down at that point, and died shortly thereafter, but he gave it his all, and his generous spirit, warmth, and friendliness brought joy to so many hearts. Particularly mine.

Do you think you will write any other books that feature a ferret as a character?

Absolutely. I don’t know how soon, but when it happens, I want to do just as good a job as I did in creating Winston. I’ve read other books that fictionalize ferrets, but I don’t like them, because authors give ferret characteristics and abilities that they don’t possess. Ferrets cannot sail boats, fly airplanes, or read maps. Nor should they have to. They are so delightful in and of themselves that they do not need to be anthropomorphized. So I’ll wait until the right plot pops into my head – maybe I’ll bring back Winston – and write about a ferret again then.

Why do you think the ferret community will enjoy reading your book ‘My mostly happy life’?

Ferrets are innocent and joyful creatures, and we revel in their playful mischief. We love it. My Mostly Happy Life celebrates a wonderful collaboration between people, pets, and plants, and introduces a villain who threatens the idyllic atmosphere that Samuel Swerling has created in his park. I am certain that ferret owners will identify with Sam’s dream, and then cringe when malevolent bureaucrats come along to threaten it. You will have to read the book to find out what happens, but I guarantee that after you’ve finished the last page, you will have a very big smile on your face.

To purchase and learn more about the book go to https://www.shellyreuben.com/wordpress/