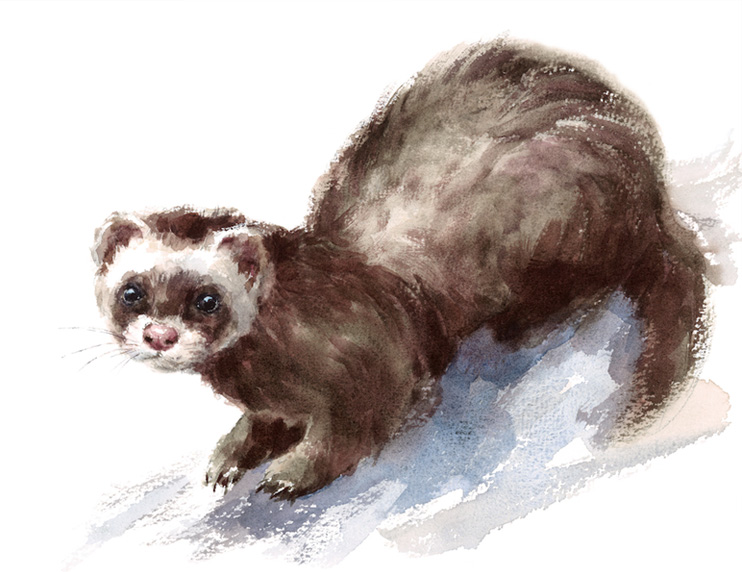 Though the question of their lineage had been a contentious debate for many years, recent DNA analysis of modern domestic ferrets shows that they descended from the European polecat (Mustela putorius) around 2,500 years ago. There is also a great deal of support for the theory that humans may have domesticated individual wild-caught polecats of various species, including steppe polecats, for at least a thousand years before that. Others speculate that Egyptians domesticated ferrets around the same time and in the same ways that they did cats, but there is no verified evidence for this. It wasn’t until around 500 BCE that we begin to see evidence of humans selectively breeding and raising polecats as domestic animals: The beginning of the modern ferret.

The European polecat was a prime candidate for domestication since their natural imprinting instinct means that they can bond with a caretaker within the first few weeks of life, no matter who the caretaker is. If someone attempts to return a polecat raised by humans to a group of wild polecats after several months of age, they prefer the company of humans and will not survive. This means that they could be domesticated within a single generation. For many other animals, domestication usually takes several generations and decades, to become fully domesticated.

While today ferrets are mostly kept as pets, people never begin domesticating a wild animal without a purpose in mind. The first clear reference to the ferret was in 63 BCE by a Greek historian named Strabo, who claimed that the ferret was bred in captivity in Libya and used for hunting rabbits. The first documented use of ferrets for a public service effort was when Caesar used ferrets in the Balearic Islands to control the rabbit plagues in 6 BC. It is widely believed that Roman soldiers routinely used ferrets in hunting rabbits, and that they spread north to Europe during the expansion of the Roman Empire. By 600 AD, ferrets were commonly used in Spain to hunt rabbits. As reliance on rabbit meat grew throughout Europe, so did the reliance on ferrets for hunting. 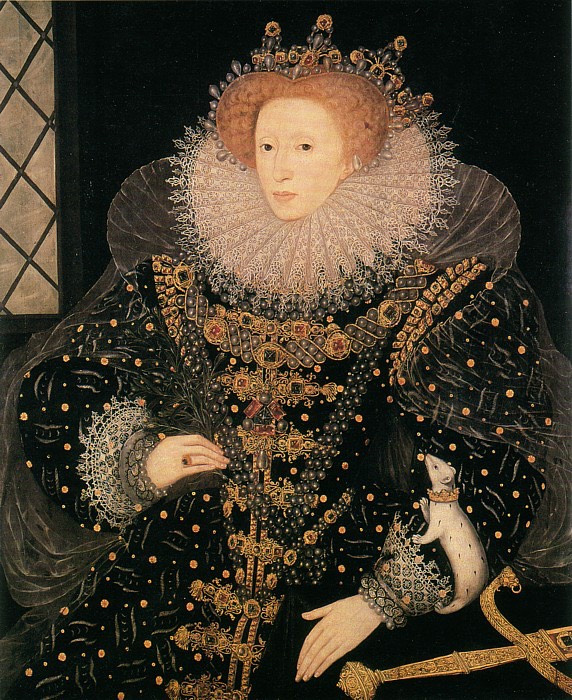 As natural predators and with their unique body structure, ferrets were particularly well suited to hunting rabbits alongside humans. Ferrets can enter burrows and holes used by small prey in a way that cats and other natural predators can’t. Hunters would bring along their ferrets and nets. They would send a ferret into a burrow and then place a net over the entrance. The ferret would flush out the rabbit, who would run straight into a net. It was quick, easy, and effective.

By the 13th century, domesticated ferrets had spread throughout Europe and Asia, and references of them began popping up regularly in literature and in laws in the 1200’s. In 1281, a ferreter was listed as part of the Royal Court. Laws were enacted that determined who could hunt with ferrets, as well as penalties for those who used them illegally. Throughout medieval Europe, ferrets were found wherever there were rabbits. They began showing up in artwork and in books about hunting practices. The first albino ferret, described as “the colour of wool stained with urine, was referenced in 1551. In the 17th and 18th centuries, ferrets began to be used on sea-faring ships to protect stores from rodents on long voyages. During the early 17th century, ferrets were introduced to the Americas and Australia via ships.

Unfortunately, with a lack of understanding of the fragility of nature, humans have made some terrible mistakes regarding the import of ferrets, most notably in New Zealand. With the lack of familiar game animals in New Zealand, early colonial settlers decided to introduce rabbits to both countries. As they had no natural predators, rabbit populations exploded and decimated the ecosystems. To try and control the rabbit populations, over 4000 ferret-polecat hybrids were imported between 1879 and 1886. They were highly effective and quickly eliminated the rabbits. Unfortunately, this left them with nothing to eat, and no predators to control them. Indigenous bird populations who previously had no mammalian predators were decimated by the hybrids. Unfortunately for New Zealand, the climate was hospitable to them, and there were no natural predators. There are now stable feral populations of these hybrids that have threatened many species and led to the extinction of a few. 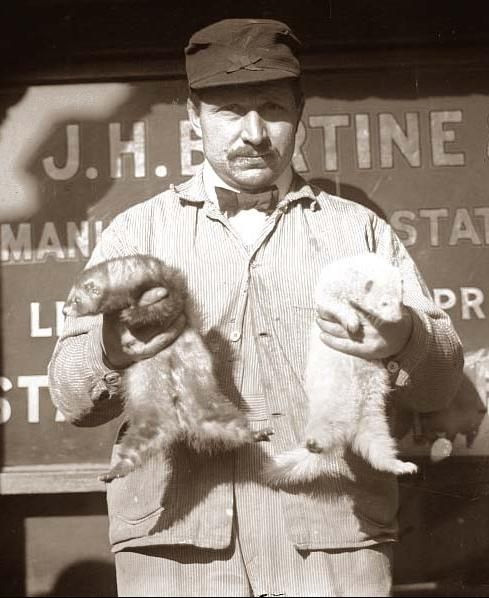 During the 20th century, our relationships to ferrets began to change. The practice of ferreting began to decline, and many countries banned the use of ferrets for hunting entirely because of concerns that they might damage the ecosystems. As recently as 2009, Finland actually did use ferrets to help control rabbit populations in the city of Helsinki, but this was done after much research into the possible effects on the ecology, as well as research into other methods of control. Ferrets were considered the safest for that time and place.

For some time, ferrets were used to pull lines and wires through conduits, as they were able to navigate narrow spaces effectively. They would have a thin cord attached to a harness and would run through the tunnel. The line could then be used to pull any electrical wiring or cables through. Telephone companies and airplane manufacturers were the primary employers of these ferrets. We can now accomplish this with mechanical devices, so ferrets are no longer used for this purpose.

Not all uses for ferrets have been positive. The practice of “ferret-legging” was a pub sport in which involved stuffing ferrets down one’s pants, tying the legs and waistband securely so that they couldn’t get out, and then seeing who could tolerate the ensuing panic of the trapped animals. There were also periods of time when ferrets were raised for fur, though this is also becoming less popular.

Today, ferrets have two primary uses. The first is in biomedical research. Strangely, ferrets are some of the best research species for humans, as they share many similarities with us that mice, rats, and other common research subjects do not. They have been indispensable for human influenza virus research, as they are one of the few species susceptible to it, and they exhibit similar patterns of symptoms and recovery. They also have a similar reproductive physiology to humans, making them invaluable to reproductive research as well.

The second and by far the most common use of the ferret today is a companion animal. Since the 1980’s the keeping of ferrets as pets has been steadily climbing, and it’s not hard to see why. They are fun, energetic, personable creatures that endear themselves to us. They have a large variety of patterns and markings, and showing of ferrets is becoming more popular with every passing year. They’ve been featured in popular movies like Kindergarten Cop and Along Came Polly, and they’ve been promoted by celebrities such as Madonna and Paris Hilton.

Ferrets have certainly had a colorful history and an interesting relationship with humans over the past 2000+ years. They have played many roles in the advancement of human civilization, and have ended up with probably their best gig yet: Pampered and beloved companions for the people who love them.