Should You Microchip Your Ferrets? Pros & Cons 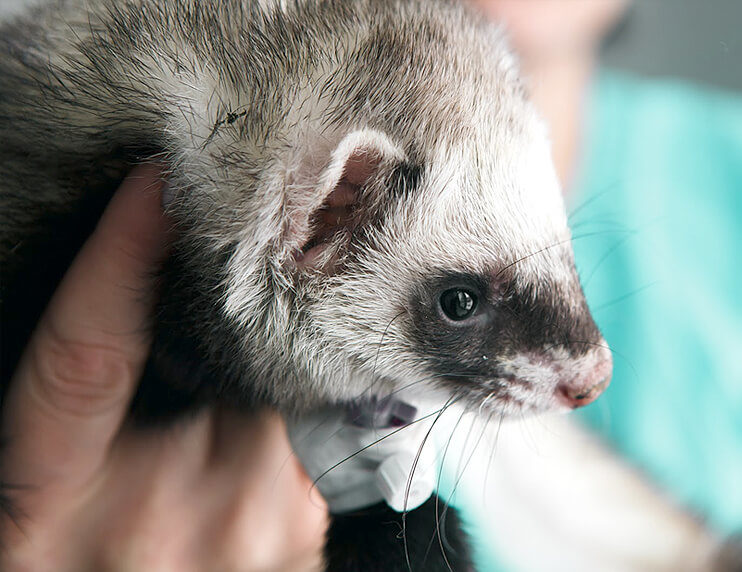 Is microchipping our ferrets something we as ferrents should be considering?

Accidents happen and despite the best of ferret-proofing, some ferrets have been able to slip out of the family home. That is especially scary for a ferret owner because an identification tag on a collar is not normal ferret attire.

Unless a ferret is on a leash with their ferrent, a collar should not be worn as seen on dogs and cats because it can pose too many dangers. Having a ferret microchipped is a protective measure that can be made to highly increase the likelihood of them being reunited with their family if they become lost and found away from home.

What is a microchip and how is it inserted 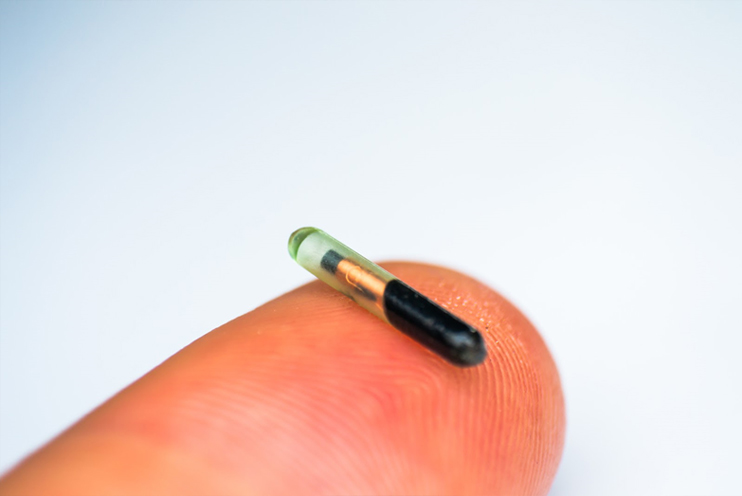 Microchipping is a very routine, non-invasive procedure performed on companion animals of all types throughout the world. The microchipping procedure is reasonably priced, costing between $30 to $50 in the United States, £10 to £20 in the United Kingdom, and averages around $35 in Australia.

The standard microchip is a little larger than a grain of rice and is enclosed in a glass cylinder. The glass cylinder is covered with a special coating to promote bonding to the tissue that way the animal’s body doesn’t recognize it as a foreign substance and rejects it. Using a needle slightly larger than those used for injections, the microchip is inserted under the skin. In the United States, Australia, and the United Kingdom the standard implant site is in between the shoulder blades, and in continental Europe, it is in the middle of the neck on the left side between the ear and shoulder.

Microchipping can be performed as early as 8 weeks old in most countries, but some practitioners prefer to wait until a ferret is a little bigger and do the procedure when they are 12 weeks old. It can be done during a routine wellness check since no surgery or anesthesia is required.

However, some ferrets may become quite squirmy and a light sedative may be recommended to ensure safe and proper insertion. If a ferret is scheduled to undergo a surgical procedure, many people choose to have them microchipped at this time while they are under anesthesia. It is a relatively painless procedure, but they may experience some discomfort that is comparable to that of an ordinary injection.

How a microchip works

The cons of microchipping

Although microchipping has shown to be very safe, it doesn’t come without the slight possibility of some issues. In 1996 the British Small Animal Veterinary Association (BSAVA) began a database to keep track of reported adverse effects. During a span of 15 years (1996-2011) there were over 4 million animals microchipped and there were only 391 reactions reported. The most common issue reported was movement of the microchip from the original insertion site. This is usually caused by incorrect insertion technique. Other issues reported to the BSAVA in lower numbers include – chip failure, hair loss, infection, swelling, and tumor formation. Though very rare, there have been spinal cord injuries reported as a result of improper placement techniques.

Another issue that may occur despite the microchip functioning properly and correct positioning is the inability of the microchip to be read by the scanner. This may occur if the animal has long matted hair around the chip site, excessive fat deposits in the chip region, the animal is wearing a collar made entirely or mostly of metal, or when the microchip and the scanner being used are incompatible.

The microchip frequency is important to understand if you live in a country that doesn’t have regulations stating all microchips must be the same frequency. Microchip frequency is the frequency of the radio waves given off by the scanner to activate the microchip. The International Standards Organization (ISO) has a global standard for microchips, 134.2 kHz. This standard intends to make an identification system that is consistent in all countries. Australia is a country that requires all implanters use only ISO compatible microchips, whereas in the United States there is no regulation, and microchip frequencies of 125 kHz, 128 kHz and 134.2 kHz are used. Countries like the United States may experience the scanner/microchip incompatibility issue if facilities are using a scanner that is only compatible with one specific frequency. The forward-reading scanner only detects a microchip with a frequency of 134.2 kHz, the international standard. The forward-and-backward-reading scanner, or universal scanner, is capable of reading all frequencies but unfortunately, not all facilities have one of these.

What to do after microchipping

Three things that need to be done after the microchip has been inserted:

The benefits of microchipping far outweigh the risks and it is a great protective measure that won’t break the bank. As ferrents we do some very creative things to protect our little ones, and microchipping is one more thing we can do.