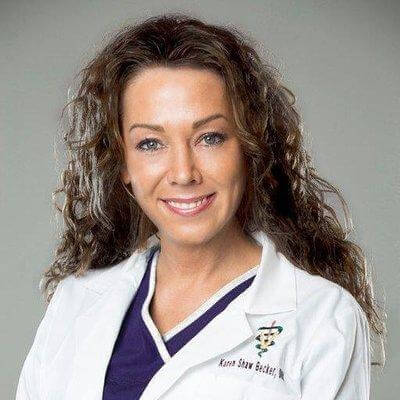 We are very pleased to share with you a conversation with Dr. Karen Shaw Becker. Dr. Becker received her degree in veterinary medicine from the Iowa State School of Veterinary Medicine. She completed exotic animal internships in California and at the Berlin Zoo in Germany, and she is certified in veterinary acupuncture and homeopathy. Dr. Becker founded Natural Pet Animal Hospital (1999), an exotic animal hospital (2002), Feathers Bird Clinic (2006), and TheraPaw Rehabilitation and Pain Management Clinic (2011), in Illinois.  She is also licensed by the U.S. Fish and Wildlife Service to rehabilitate injured and orphaned endangered species through her non-profit organization, Covenant Wildlife.

Dr. Becker often lectures about species-appropriate nutrition and has co-authored Real Food for Healthy Pets, winner of the Whole Dog Journal Best Homemade Diet Book of All Time Award. She was deeply honored to be named one of Chicago’s Top Ten Vets, according to Chicago Magazine. Dr. Becker is also the veterinary consultant for Mercola Healthy Pets, the largest pet wellness website on the internet, with over a million weekly visitors. Dr. Becker consults for a variety of pet wellness and pet food companies, designing custom diets and health products to improve the lives of companion animals.

What is a species-appropriate diet and why is there so much fuss around the topic these days?

A species-appropriate diet is a diet that is biologically correct for the animal that is eating it. All domesticated animals have what we call an “evolutionary diet”, also known as a God-given diet, or an ancestral diet. It’s all the same thing, really: feeding animals the foods they were designed to consume. Ferrets are obligate carnivores, so biologically appropriate food for them is small prey that are high in moisture, moderate in fiber, and low in carbohydrate. Species-appropriate foods are getting a lot of traction these days because after we made the mistake of nourishing our pets with biologically inappropriate foods for the last 50 years (i.e. “ferret chow” that is high in carbohydrates and low in digestible protein and moisture, the exact opposite of what they were meant to eat), we’ve noticed it has dramatically impacted their health in very negative ways. By putting animals back on their evolutionary diet, we can oftentimes improve overall health as well as delay onset of disease and degeneration, not to mention extending lifespan.

Have you worked with many ferrets before? Do you have any interesting stories that you could share with the readers?

I opened an exotic animal practice in 2006. I see a lot of ferrets, and as your readers know, up to 90% of ferrets die from diseases of the pancreas or adrenal glands. By working with the University of Tennessee adrenal laboratory, I was able to make the correlation between early desexing (spay or neuter) and massive endocrine issues in dogs. I made this discovery by recognizing the ferrets in North America were undergoing the same, quiet epidemic of endocrine disease that no one was really talking about. Most ferrets are mass-bred (similar to puppy mills, and by the same folks, Marshall Farms) and desexed and descented very early in life, around three weeks of age. Having all hormone tissue removed at such an early age negatively impacts an animal’s endocrine system for the rest of its life, hence the staggering recurrent diseases we see related to sex hormone deficiencies and imbalances (pancreatic and adrenal diseases, i.e. diabetes, Cushing’s, and insulinomas). All those ferrets are going bald for specific reasons, and those reasons are early desexing and a lifetime of terrible food.

What are the differences you are seeing between animals that are on a commercial diet and those that are on a species-appropriate diet?

Lots. Animals nourished with what they were designed to eat means their immune systems function optimally, their metabolism is healthy, and they age without acquiring disease or degeneration. In essence, their quality and quantity of life are much, much better.

Are there any precautions people need to take when transitioning their animals onto a species-appropriate diet?

Yes. The diets must be balanced, and the owner must take as much time as necessary to wean their ferrets on to a new food. The majority of ferrets are addicted to salty, sugary, crunchy carbohydrates, so it can take up to three months to wean them onto a healthier diet.

What can go wrong on a species-appropriate diet if it isn’t done correctly?

Everything you can imagine. I’ve had people starve their ferrets to the brink of death with the attitude of “they’ll eat their new diet when they get hungry enough.” I’ve had clients hear a meat-based diet is optimal and only feed their ferrets ground meats from the store (an unbalanced diet) and their ferrets develop metabolic bone disease. It’s important you wean your ferret onto a balanced diet and allow their digestive tracts and palates time to adjust to their new food.

Why are there still so many veterinary practitioners that do not recommend raw diets for animals? There seems to be a big rift in the industry.

The pet food industry will generate over 60 million dollars this year, with over 90% of sales coming from processed, inorganic, dead, species-inappropriate foods. The five major pet food companies that control the market do not produce human-grade, ethically-sourced, species-appropriate fresh foods. This presents a problem, as it’s the fastest growing segment of the pet food industry right now. So companies must either somehow tap into that market share or bash the food. Thus far they’ve simply used fear tactics to scare pet parents into not buying better quality foods. But times are changing; a few of the huge pet food manufacturers are buying raw food companies, recognizing that the market for food quality transparency isn’t going away. In fact, the movement is growing.

Hopefully this shift in the market bodes well for the health of our ferrets. Thank you, Dr. Becker, for your insights into this important issue for all pet owners, especially ferrents.