Know Your Ferret Inside and Out: Discoveries from the Ferret Genome Sequence 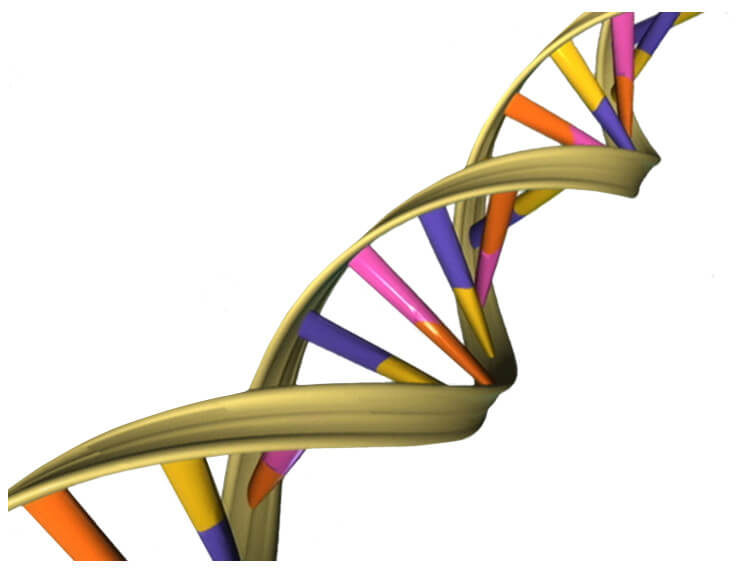 The DNA double helix. Colored bands of the helix symbolize different base pairs. The ferret genome sequencing project seeks to elucidate the entire sequence of base pairs in the domesticated ferret. Image courtesy of ApersOn and the National Institutes of Health.

Content warning: This article discusses the use of ferrets in scientific research.

Ferrets may seem like an odd choice for a genome sequencing project. We think of ferrets as adorable pets, not scientific heroes in our quest to cure disease. But our favorite mischievous companions have served as animal models for respiratory disease since at least the 1980s.

In 2014, Xinxia Peng and colleagues released the first draft of the domestic ferret’s genome. The sequencing of their genome is a huge step forward for studying diseases such as cystic fibrosis and influenza. Michael Katze, one of the corresponding authors of the 2014 genome release, says, “Every time you sequence a genome, it allows you to answer a wide range of questions you couldn’t before. Having the genome changes the field forever.”

Sequencing the ferret genome has revealed several interesting facts about ferret biology. The authors annotated 19,910 genes that code for proteins, putting the ferret genome in the same ballpark as the human’s. The Human Genome Project estimates that the human genome contains about 20,500 genes. Peng and colleagues were interested in how the ferret genome compared to the human genome and if ferrets were more similar to humans than mice. The latter question is particularly relevant as mice have become the go-to organism for genetic studies in non-human mammals. They are the preferred mammal in which to model diseases and develop cures.

The ferret genome has revealed that ferrets appear to be more closely related to humans than mice are. In a comparison of proteins found in all three species, 75% show greater similarity between ferret versus human compared to mouse versus human. Evolutionarily, mice are believed to be more distant relatives of humans compared to ferrets because the rodent lineage underwent rapid evolution after diverging from apes (including humans). In one analysis of the genome data, Peng and colleagues focused on a class of proteins called transcription factors, which function as master switches to turn genes on or off. Many transcription factors function in a tissue-specific manner, so different organs, such as the lungs, express their own unique sets of transcription factors, which then turn on genes needed by lung cells. In ferrets and humans, transcription factors that are expressed in the lung, brain, skeletal muscle, heart, and kidney are even more similar to each other than other genes. This finding suggests that regulation of gene expression is done using similar proteins in ferrets and humans, a result that is likely due to the close evolutionary relationship between the two species.

Ferrets have emerged as an important animal model for cystic fibrosis. Cystic fibrosis is a genetic disease in which patients show a variety of organ abnormalities, including a thick mucus in their airways and recurrent lung infections. Cystic fibrosis occurs at a frequency of about 1 in 3,000 white babies in the United States, according to the Genetics Home Reference, an online resource published by the National Institutes of Health. This disease used to be considered fatal in childhood, but the prognosis has improved quite a bit over the past 30 years. About half the population of cystic fibrosis patients now lives past the age of 28, but all patients still experience declines in their health due to the disease. The health of the lungs is of the utmost concern for these patients, as the severity of the disease is largely due to how badly the lungs are affected. There is no cure for cystic fibrosis, but scientists remain hopeful that a cure can be developed.

Cystic fibrosis in humans is caused by defects in a gene called cystic fibrosis transmembrane conductance regulator (CFTR). The disease is monogenic and recessive, which means that in order to have cystic fibrosis, a child must inherit a defective or mutant copy of the gene from both her parents. To model cystic fibrosis in mice, scientists have created mouse mutants that contain the same mutations found in humans with cystic fibrosis. Surprisingly, the mouse mutants do not develop spontaneous lung inflammation, unlike their human counterparts. (Gillian Lavelle and her co-authors published a review of this work in 2016.) This finding was one of the driving forces to create other animal models with the hope that cystic fibrosis in other animals would replicate the disease progression in humans. To test this hypothesis, in 2008 Sun and colleagues successfully cloned a ferret containing a mutation in the CFTR gene. Using this new ferret mutant, in 2014, Keiser and his colleagues were able to confirm that yes, ferrets with cystic fibrosis do develop spontaneous lung infections. Sadly, these infections are so severe that most kits die from lung infections during the first week of life unless they are treated with antibiotics immediately, a result published by Sun and her co-authors in 2010. 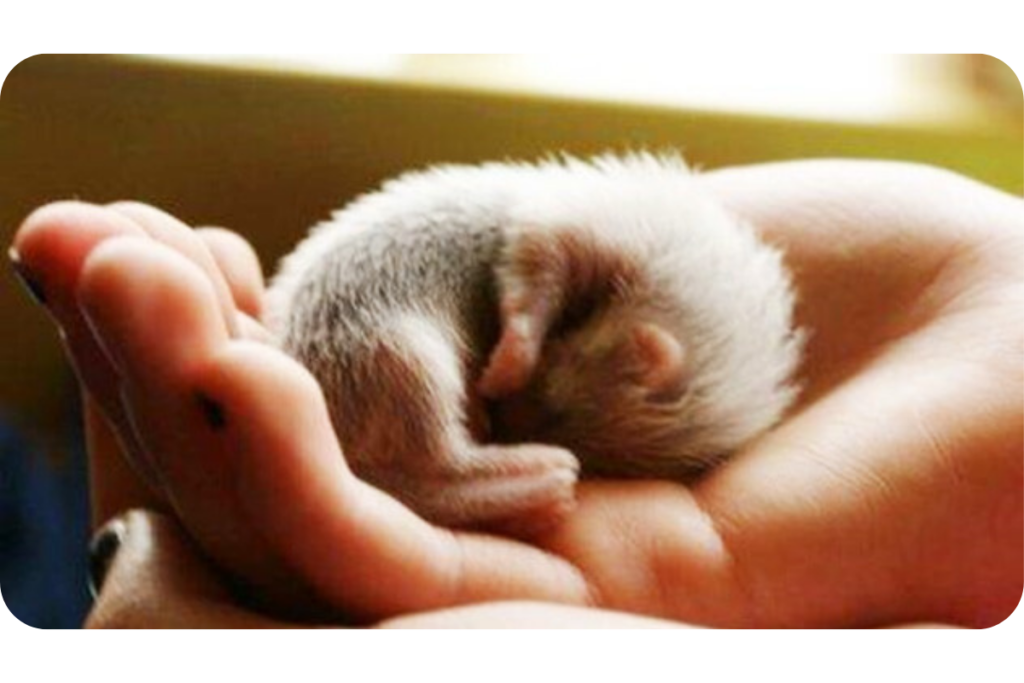 Black-footed ferrets have been shown to have reduced immune system function and anomalies in male fertility, reported Peng and colleagues. Of the seven founder ferrets for the captive breeding project, biologists have now sequenced the genomes of four ferrets, according to Cofactor Genomics, who performed the sequencing. It may be possible for biologists to compare the domestic ferret’s genome to that of the black-footed ferret to identify gene variants that correspond to the genetic defects and selectively breed individuals who are likely to not carry the “weak variants.” Another possibility is to enhance the genetic health of individual black-footed ferrets by mating together the individuals who have genomes that are the most different from each other. This approach could be done by characterizing the genomic patterns in a number of adults to create a “mating map” of the captive ferrets. It will be of great interest to conservation biologists and ferret lovers alike to see what insights are gleaned from comparisons between the genomes of the black-footed ferret and the domesticated ferret.

The genomics era has given us a tremendous amount of data, and it has offered exciting possibilities about how we might use the data. Biologists are faced with the twin challenges of how to interpret the deluge of data and how to put it to work, whether on the task of curing disease or on conserving endangered species. The ferret genus serves as a fascinating example of genomics at work in both biomedical science and conservation biology. I look forward to seeing progress led by the ferret on both these fronts!