For The Love Of Ferrets… 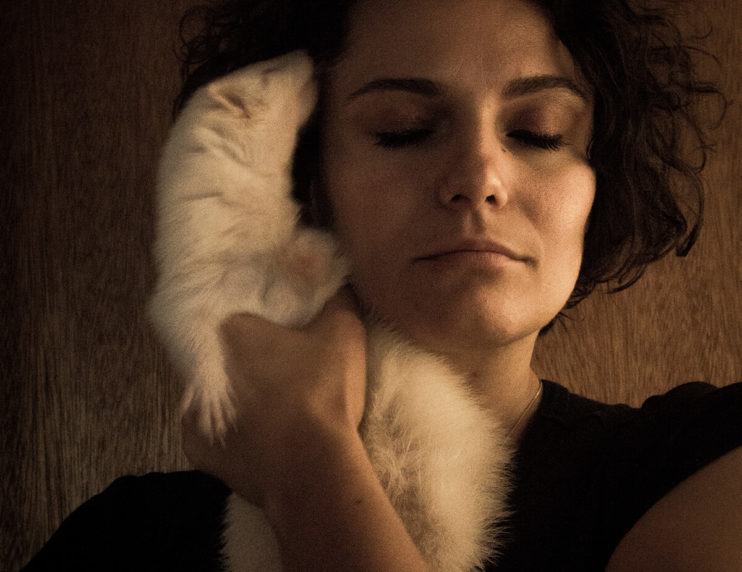 Meet Stephanie (Stef) Warzecha, the brainchild behind the world’s biggest online ferret community – Ferret-World.com. The 32-year-old Australian’s biggest passion in life is ferrets. She loves everything about them, from their quirky personalities and intelligence to their affectionate nature. She describes them as an ‘antidepressant’ because of their ability to make you laugh all the time.

Stef started Ferret-World.com 10 years ago when she purchased her first ferret and was shocked: “Ferrets require so much more care than a dog or a cat. You have to know a lot about their medical background as they are predisposed to a variety of genetic diseases. I had never owned a ferret before, so I experienced a massive shock to the system. I thought it would be a good idea to start a website where I can build a community of ferret owners and try and educate them about the things I was learning myself.” Since then, Ferret-World.com has grown to the largest community of ferret owners in the world, educating millions of ferret owners through her website, as well as via her YouTube channel and social media platforms, with members from America, Canada, Japan, UK, Australia, Korea and many other countries. She has connected ferret experts from all over the world with one another, increasing the amount of knowledge available for ferret owners. Earlier this year, Stef launched a digital magazine, Dook Dook Ferret Magazine,  which currently has over 300 readers. She is hoping to grow this to at least 10,000 readers in the next few years. 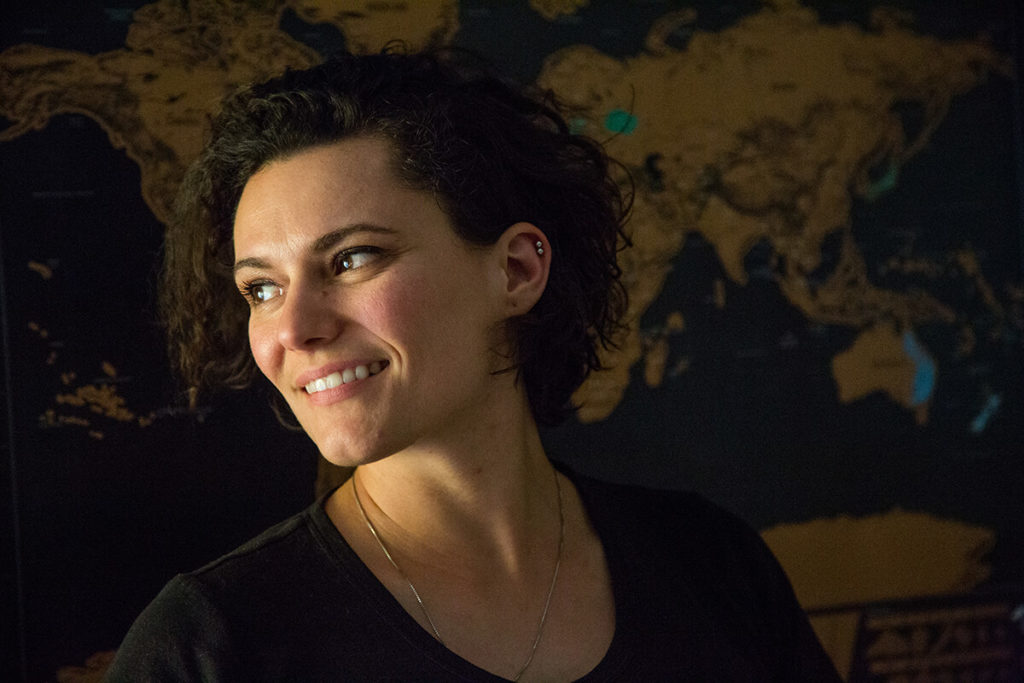 Stef reminisces that when she first started the website and community, people were still feeding their ferrets bread and milk, which these days is virtually unheard of. The level of general knowledge about ferret well-being and husbandry was in its infancy but over the ten years that Ferret-World.com has been in operation, the ferret community has made great strides to improve this. However, there is still much to do. She receives hundreds of messages every week from people saying how much they have learned from the information she has provided. One of those people is ferret owner, Susan Monk: “Hello! I have one male ferret that’s my life!! He’s my first one I’ve ever had and he’s thriving!! You have helped me so much. He’s on a raw meat diet. He’s loving it so far. I’m sure I’d still have a lot to learn, but I’d be lost without you!” 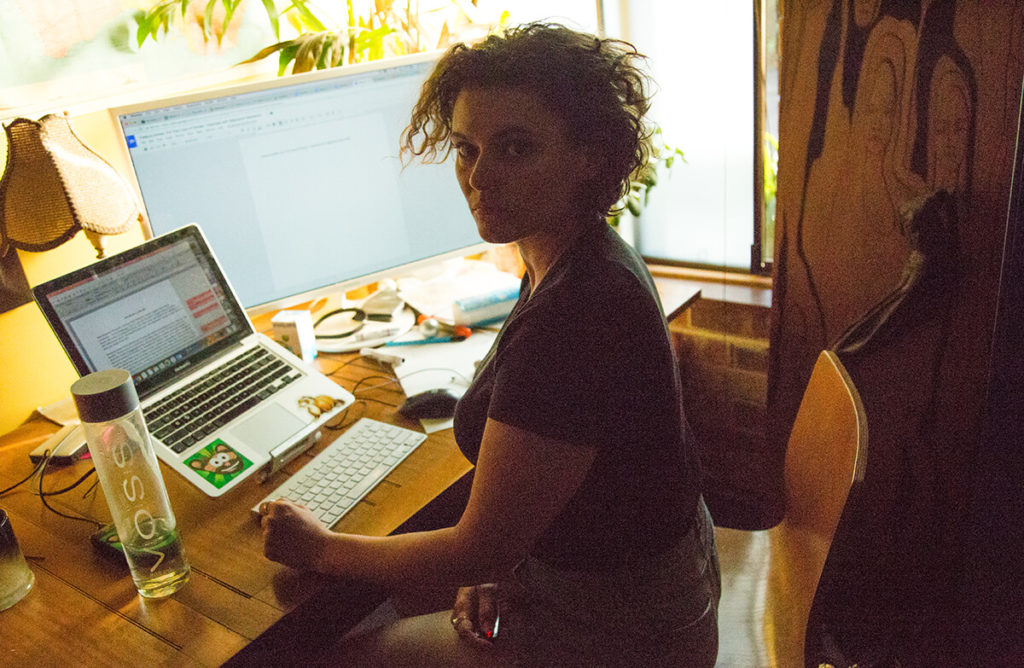 On the other hand, Stef receives many messages from people asking her for specific advice on their ferrets. Due to the volume of messages and Stef’s limited time, it can be very hard for her to respond to all of them. “The questions people send me tells me that there is still so much to do to help educate people on how to look after their ferrets properly. The fact that there are so few ferret vets and limited credible ferret educational resources around the world means that people rely on online communities and websites like Ferret-World.com to help them make the right choices for their ferrets. Without credible sources of information like this, owners would be at a major loss in regards to how to care for their ferrets properly,” says Stef.

Over the past decade, Stef has worked tirelessly to keep Ferret-World.com running. She has put all her time, effort, and mental power into the platform, with little financial gain. She says, “I can’t remember the last time I came home and didn’t think about Ferret-World or didn’t think about the next ‘to-do’ list that I have to be working on at the end of the day or on the weekends.” A digital marketer by trade, Stef worked full-time in the corporate world, dedicating every spare minute she had to the platform, as well as every spare dollar she had – a total of $50,000 in the last decade. “I am so close to the business and the community that I often don’t concentrate on the revenue generating activities as much as I should because I try and do things people will love instead,” says the ferret enthusiast.

The last year has been rough for Stef. Quitting her corporate job, getting married to her partner of 13 years and then separating just 9 months later (partly due to the immense toll of trying to keep Ferret-World alive), and suffering from anxiety and depression have definitely knocked Stef around and left her spirit bruised. She has recently moved into an admin/marketing job, but she is not receiving the same salary as previously. She has a small editorial team, as well as a graphic designer working for the platform, but she is unable to pay them an adequate amount of money and they are running on passion, just as she is. Along with the upkeep of the website and the digital magazine, Stef is left with a burning hole in her pocket and the sad truth is she doesn’t know if Ferret-World.com can continue without further financial help and a serious shake-up: “It’s been a very difficult time running Ferret-World.com over the last year. Without the team behind me helping me through this time, I would have closed Ferret-World.com a while ago. Their passion and motivation have spurred me on during the darkest days and they are one of the reasons why I can’t give up and must believe that I can turn things around.” 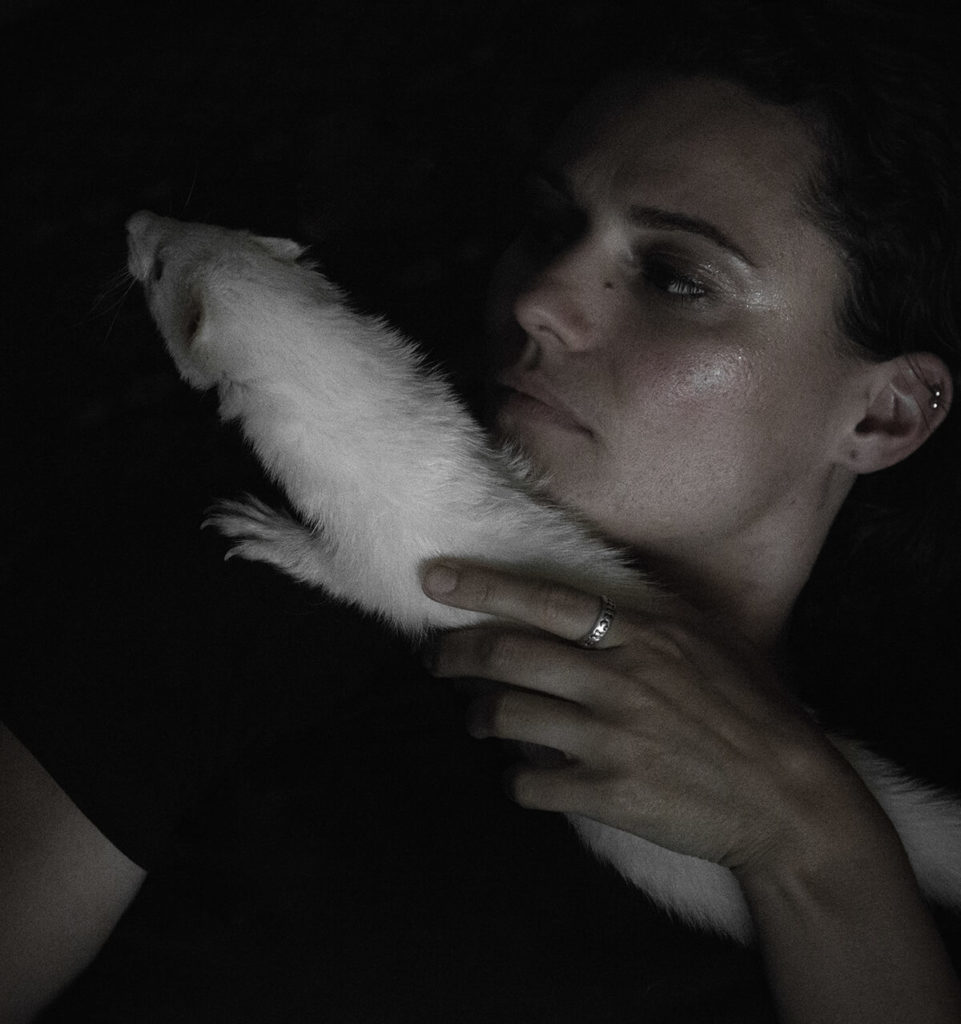 Regardless of the fact that Stef is not in a sound financial position to keep Ferret-World running, she still believes in the platform and is determined to make it work because she knows how much potential it has, how much it means to the ferret community, and what an impact it makes on new ferret owners worldwide who are seeking credible sources of information to keep their ferrets happy and healthy. She has big future visions for Ferret-World.com. She wants it to be the biggest go-to and most reliable source of ferret information in the world. She wants the website to constantly be updated with news and blog posts, she wants to raise money for ferret shelters through the platform, and she wants it to be the hub and heart of the ferret community. “I want people to be able to come together and have somewhere to go if they need answers to questions or if they are lonely and need someone to relate to,” she says. “I want to be able to pay people properly who work for the cause so we can continue creating magic. I also want Ferret-World to be an inspiration to others – people who have a dream to create something but don’t think they can because perhaps it is a ‘silly’ topic. Most people who I talk to about Ferret-World are inspired by the fact that I’ve taken a topic and have created something out of it. If I can do something with the topic of ferrets, then anyone can do anything with a topic they are passionate about… Ferret-World would be nothing without the community and I want them to have a sense of ownership in terms of how they have contributed to it”. 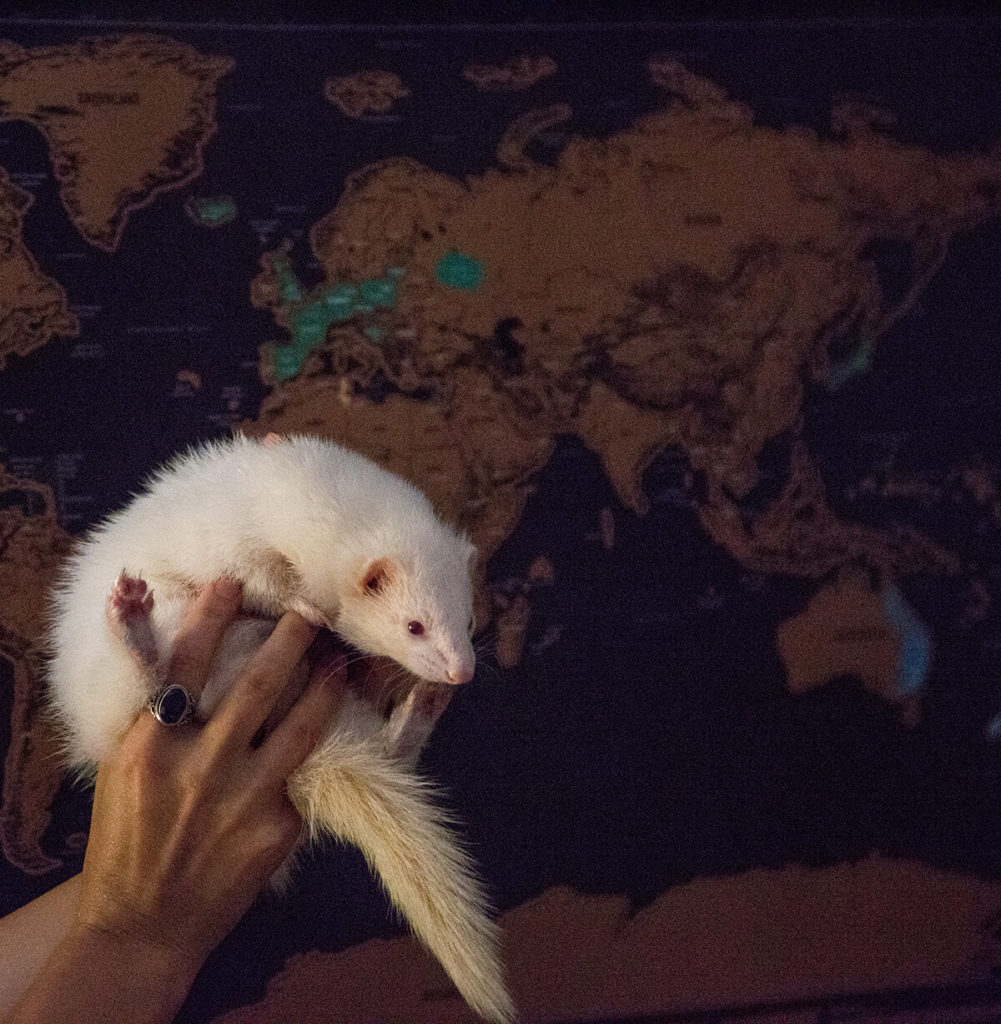 One of the things Stephanie is most passionate about is helping ferret shelters around the world. After working closely with them for years and learning about their struggles, she is determined to create a collaborative, inclusive social business that closes the gap on the greatest struggles shelters face. She says, “Ferret shelters are a ferret’s last line of defence; these are people who are so passionate about ferrets that they sacrifice their lives, lifestyles, mental and physical health in order to help the ferrets that come into their care, often abused, sick and rejected. It takes an incredible amount of personal mental and physical strength and money in order to run a shelter and I’ve heard the stories of struggle that these people face every day and the toll it takes on them. One of the things I want to do with Ferret-World.com is shine a light on ferret shelters and rescues because they are often working in the background and people don’t realise how hard they work. I want Ferret-World.com to be a business that works in a mutually beneficial way with shelters, as a symbiotic relationship. Where if Ferret-World.com does well financially, then ferret shelters receive some much-needed financial relief, too. I’m not into businesses that simply operate for the sake of making a profit, I love businesses that contribute to a greater cause and help communities. This is what I want Ferret-World.com to be for ferret shelters and rescues and the greater ferret community.”

She also adds “Even though my face is prominently featured in the Ferret-World.com content, it’s not about me, I have no interest in being well-known for the sake of fame or anything like that; my face is just a means to an end to help something greater that is bigger than myself. I don’t like being put on a pedestal and I’m not into having ‘fans.’ Everything that I do is to help people and animals around the world and I really enjoy bringing communities together and empowering them to work towards a greater cause. I feel that my mission in life is to help the world become a more positive place for all beings”.

The future of Ferret-World.com is still up in the air, but after speaking to Stef on Skype and hearing her passion for the cause, I can tell that this strong, independent woman, isn’t going to let it go down without a serious fight. She remains positive, determined, and focused to make this work for the sake of the ferret community, ferrets around the world, and for her own sense of belief, because if she can reach this goal and realise the Ferret-World.com vision, then there is no stopping her in pursuing other projects that help make the world a better place. With the state of affairs that the world is in these days, we need to get behind people who are willing to put themselves on the line in order to achieve this goal. Go, Stephanie, go!